A sumo wrestler is an athlete taking part in the traditional form of heavyweight Japanese Wrestling. The sport is taken place in a marked circle where one of the wrestlers has to force the other out of the circle or force the other wrestler onto the ground in order to score a point. Sumo Wrestlers are also famous for their remarkable size, exercise, and diet where they are required to eat an enormous lunch called Chanko-nabe, a Japanese stew comprised of a large variety of vegetables and protein.

Sumo Wrestler is the cover of one of the first records that the Yeti Out Crew bought when looking for records for FM BELOWGROUND.
Image source: Naohiko Hatta/AP Photo/Kyodo News 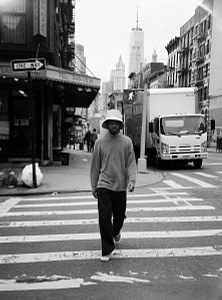