Memphis rap, also known as Memphis hip hop or Memphis horrorcore, is a regional subgenre of hip hop music that originated in Memphis, Tennessee in the early 1990s. It has been characterized by its often low budget, repetitive production, and its occasional lo-fi sound that utilizes the 808 and minimal synth melodies. The genre commonly features double-time flows and samples ranging from soul and funk to horror film scores and classical music, as well as hooks from songs by related rappers in the same genre.

Just like the unpredictability of Memphis Rap, BELOWGROUND will have its own sense of unpredictability with a roaster and rotation of different brands and DJs taking part in it yet giving the same sense of feel for the culture.
Image source: Wikipedia 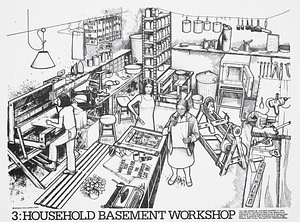