Asterix is a fictional character from the dessinée series, based on two Gaulish warriors, “The Adventures of Asterix” where he departs on a journey with his friend Obelix to fight Roman Legions during the roman republic era of Julius Caesar. Although not spelled the same, it sounds similar to the word ‘Asterisk’ which is a noun and can be seen as a small starlike symbol (*). It is used to indicate an omission, exclusion, and doubtfulness as well as a reference point in a piece of printing or academic writing”

Asterisk – A thrift shop that will be taking part in BELOWGROUND. Located in Sheung Wan, Asterisk was launched in 2015 stocking a variety of items such as t-shirts, handbags, and watches. Being home for re-worked pieces, Asterisk puts its own twist on their products like their flipped Nike logo “dead air” t-shirts.
Image source: FundRazr 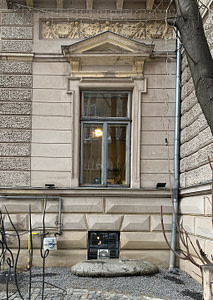