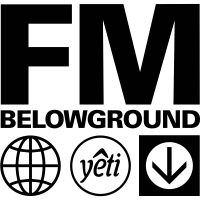 ‘Not everyone wants to see the world burn down?’

We brought together Hong Kong film director Stanley Kwan, who is perhaps best known for creating a female presence that’s defined only by its wonderfully unpredictable nature, and one of contemporary techno’s most dramatic appetite, music producer and DJ Tzusing of ‘ 東方不敗 ’ , to trade their thoughts on heroines, swordsman, space-time transformation and above all, reality.

ANAIS: Congratulations on the launch of ‘Balkanize’ on the Kiko Kostadinov platform. How did this collaboration came about?

TZUSING: The guys at Kiko Kostandinov have been attending my gigs when I play in London. The record label I’m working with, PAN, happened to already have a collaborative relationship with them. I was supposed to play Korea during May of last year for a Kiko Kostandinov / PAN party. Covid happened so that didn’t pan out. Kostandinov started a new website and PAN was asked to provide some content. It felt like a nice place to present a track from my new album coming out later this year.

ANAIS: I remember discovering your album ‘ 東方不敗 ’ for the first time; the glittering-tuned percussions and tantrum-like vibrations blew my mind. I’m particularly fascinated by how you compared soundscape to fight scenes and their fearless, demonic generosity. What inspires the orgiastic drama in your music?

TZUSING: Not everyone wants to see the world burn down? Lol. Music is an expression of the artist’s emotions and this type of angst is something I’m very familiar with. I really enjoy being in this angsty, aggressive state. I’m into other emotions, but this just feels more natural to me. Producing this type of music is just a way for me to deal with what would otherwise possibly be antisocial behaviour. It’s catharsis. This makes me sound like some intensely crazy person, but I’m actually a pretty well adjusted, humorous and silly guy.

ANAIS: I stumbled upon the VCD of Stanley’s ‘Lan Yu’ in my early teens — I’m still obsessed over it. Do you think that disobedience in Asian culture are seldom celebrated overtly?

STANLEY: To me, the force to create comes more often from anxiety than anger. I try to channel such emotions through my work. ‘Lan Yu’ came out and the (queer) community used to say, ‘You’re speaking out for us!’. In fact, I’d rather not to assume ourselves as ‘minority’. I would often be defined as a ‘feminist’ or gay film director — my work is more than just a sum of queerness. Though if I had ‘Lan Yu’ as my first film, I might easily fall into such rush to ‘speak out’. Looking back to my 11 films in the span of 40 years, I feel entitled to say that disobedience is complex, and doesn’t always come in the shape of a ‘manifesto’.

ANAIS: A few of my most emotionally charged Shanghai Fashion Week moments were seeing Tzusing play at ALL. It’s also something democratic because it crosses the fashion ‘hierarchy’, where people are all in this cathartic environment with work friends. What is your relationship with fashion? What do think of club culture and its power within wider contemporary culture in China?

TZUSING: That’s a rather open-ended question, haha. I enjoy fashion. I think that through fashion, people can still express their ideas and have it really resonate with the general public – much more than, say, art in the traditional sense, or even the music scene I’m involved in. For some reason, visual ideas in the fashion context has the ability to penetrate the mainstream market in a way that cutting edge music or art cannot.

Clubs have become vital meeting places for people with similar ideas. In a different era it was a café. Of course, it’s not just any night club, but one with a clear aesthetic direction. It’s a great place to showcase new ideas and hear instant feedback from like-minded designers, artists, or musicians. So much of development as an artist comes from having a community to bounce ideas off of and to learn from.

ANAIS: Stanley’s ‘Yang ± Yin : Gender in Chinese Cinema’ documents a provocative dialogue. From swordsmen, father figures to homophobia, you questioned fellow directors Hou Hsiao-Hsien, Edward Yang, and Chen Kaige. You also argued that Tsui Hark’s ‘ 東方不敗 ’ starts with a transexual protagonist, but ends by reaffirming heterosexual norms. Tell us about some of the Chinese androgynous characters in your memories?

STANLEY: In my mother’s times, they were convinced that (Cantonese Opera Female Duo) Yam Kim Fai and Bak Shuet Sin was a perfect match. Though ladies all knew that Yam Kim Fai was a woman, they enjoyed projecting themselves into her partner, Bak Shuet Sin. Once Yam Kim Fai played a female role on TV, my mother would go ‘Why is she pretending to be a woman?’. In another example, for ’Rouge‘, there’s a hint of otherness in Anita Mui’s allure. She’s definitely not ‘pretty’ by traditional standards. People love to call her the ‘ever- changing’ Anita , then naturally we put a diversity of ‘looks’ on her — bare face, heavy makeup, and a male disguise for the opening duet with Leslie Cheung, which would provoke the love story to follow.

ANAIS: Later, Stanley and I would often meet over ‘midnight’ drinks in Tai Hang. Once you brought us home-made dumplings from a friend’s dinner — turns out they were Brigitte Lin’s (who played Tsui Hark’s ‘ 東方不敗 ‘) dumplings. How would you think she will like Tzusing’s ‘ 東方不敗 ’ ?

STANLEY: Brigitte Lin is a very open minded person (Laughs). We would exchange good music from time to time. (Looking through Tzusing’s instagram) And maybe I was just as restless in my youth.

ANAIS: And then there is ‘midnight’ ( 三更夜半 ) of Sandy Lam from Tzusing’s Cav Empt mixtape. What was your first Chinese pop songs experience like during your childhood?

TZUSING: I grew up in Singapore and I would travel to visit my grandparents in Taiwan very often, so Mandarin pop was always around. I remember Frankie Kao songs being played, but it never resonated with me. I was never into him. I was taken by Pan Mei Chen and am still a massive fan of Jonathan Lee.

ANAIS: I read from earlier times that you were sampling a lot of Wong Kar Wai films and using them in a trip-hop context, how do you feel about Hong Kong today vs your cinematic impressions?

TZUSING: There are these romanticized aspects of HK that the films portray – they work because they are juxtaposed with the intensity of the place. A lot of the movies touch on class differences and people trying to find a way to make it. Being in Hong Kong, I really do get this feeling of echelon and the impact colonial history has left on the city. I do love how so many cultures are thrown into this small space. And maybe if they don’t mix, I enjoy how they sit next to each other across the street. The pace, the lack of space, and the intensity really stands out even when compared to cities like Shanghai. I do enjoy it for that, but also feel out of my league in a way.

ANAIS: Prior to making ‘Centre Stage’, you flew to Shanghai and dived deep into old photos and books archives. You also interviewed Ruan Lingyu’s real-life colleagues — legendary names from the 1930s Shanghai movie scene. How did they feel about Hong Kong movies by early 1990s?

STANLEY: By early 1990s, personalities from the silent film era have already aged a lot. They’ve heard vaguely about ‘Rouge’, my last work, but understood very little about the Hong Kong New Wave Movement. At the time of interviews, our script of “Centre Stage” had not taken shape yet. It’s possible that they were merely expecting a conventional biography. It’s all very linear. They’re simply overjoyed to share the bygone 1930s glory, with lots of pride and gratitude.

ANAIS: During a 90 minute ‘Hold You Tight’ meeting, Chingmy Yau was on the phone for 30 minutes (laughs); therefore both her roles as Moon and Rosa, loved talking on the phone. Nowadays there’s less of talking, more of swiping. What is your relationship with the digital world?

STANLEY: Obviously, Chingmy kept apologising. (Stanley receives a text) Like now, I would at the very least reply with a voice recording. If possible I’ll always call back. It is important to hear each other’s voice. Audio is provocative. This dude could be naked in the tub when he receives my voice note. It doesn’t work the same way with video calls, I’m a lot less into it.

ANAIS: Tzusing is using instagram in a way I find amusing. Last time you shared this Edison Chen ‘cover’ of his own ‘borrowing 300 yuan’ WeChat meme. Your posts possess the duality of humour, whilst translating sound inspirations and identity sensitivities. Can we talk some more about it?

TZUSING: lol. Thanks! I don’t actively manage it or anything. I just repost things I find amusing, which I guess reflects the issues that concern me, or whatever is on my mind. That Edison Chen asking for money thing had me dying. I found it so hilarious. It’s a combination of elements from the emphasized ABC accent to the whole bizarreness of the scenario. I somehow think that creating absurdist humor and surreal over the top emotion in music is kind of similar. We just want to be taken out of mundanity and to be amused for a moment.

ANAIS: Your bio-pic ‘Centre Stage’ had Maggie Cheung discussing her own life vs Ruan Lingyu from the 1930s. In Netflix formula, it might translates as ‘Terrace House’, with intervals of hosts reacting over the casts and whatever drama. Have you watched any reality shows of today?

STANLEY: There’s an air of grace and righteous in Maggie at that time. Edward Lam and I recently talked about some actresses on the reality series ‘Sisters Who Make Waves’, we were both a little sad. For sure, these headlines are for the algorithm. Like how they say “Derek Yee goes fiery on ‘Actors, Please Take Your Place’”, and I would grow curious about it. Speaking of which, I’ve been a judge on ‘I Am The Actor’, too. In a way, I just really hope to see that actors & actresses are being treated with dignity.

ANAIS: How has crafting music changed for Tzusing with a pandemic raging outside? What is your take on conference-call parties?

TZUSING: In a normal year I would make about 3 touring trips to Europe and be running around other parts of Asia, but obviously the pandemic has put all that to a stop. To be forced into sitting still and focusing on one thing is what I needed to finally finish my new record. I haven’t done a live streaming set during this pandemic at all actually. To me it’s missing the crowd, the friends you see at the clubs, the proper speakers, the vibe. I been playing a lot of Apex Legends with my friends though, haha.